- Bikeroad (Route 16-17):
A lot of players seem to miss the bikeroad on route 16-17. The easiest way to access it, is by going to the left side of Celadon City. You’d have to continue going south-west to reach the entrance gate to route 16.

This way, you’ll get an additional 1900 exp, if you beat all the bikers and all the birdkeepers.

- Saffron Fight Dojo:
In the north side of Saffron City, there is a Fight Dojo, with 4 additional NPCs to gain in total 550 exp. You can choose between getting a Hitmonchan or Hitmonlee as well.

- Cerulean Gym:
Once you can surf around, you'll be able to battle two more NPCs in the Cerulean Gym, giving you a total of 100 more exp.

- Route 19:
As a lot of people reach Cinnabar island by swimming south from Pallet Town via route 21, they might miss out on a lot of exp on route 19. You reach the route the easiest by going south at Fuchsia City. Don’t miss out on the trainers in the water and on the islands.

- Route 20:
Same as for route 19, you might miss out on a lot of exp if you don’t battle the trainers on route 20, which can be accessed by swimming east of Cinnabar or continue swimming west of route 19. Make sure to beat the trainers on both sides of the route.

- Route 21:
If you were to reach Cinnabar Islands through route 19-20 and the Seafoam islands, you might miss out on the trainers on route 21. To access the route easily, swim south at Pallet Town.

There are two hidden NPCs on the left side of the entrance, giving you in total 80 more exp as well.

On the B2F floor you’ll find an additional 3 trainers to battle.

- Viridian Gym:
If you're not concentrating, you might miss out on 2 trainers on the left side of the entrance in the Viridian Gym. Those will give 220 exp in total.

- Route 26:
If you’re solely focusing on reaching lvl 80 in Kanto, you might forget about the additional trainers on route 26-27.

1. Get a ticket: Search in Saffron for a house with a different coloured rooftop. Talk to Joanne to initiate the quest. The Copycat wants a Pokedoll, which you get from the Pokemon fanclub in Vermilion. Bring her the doll to get the ticket. This will give you 200 exp.

2. Go to the Powerplant and defeat the burglars (quest). To get this quest, go talk to Hank (located in the top room), who asks you to scare away the burglars. After completing this quest, the railwaystation has power again.
Now you get entry to the station. Finishing the quest, by returning to Hanks, will reward you with 100 exp. Beating the three burglars will give a total of 250 exp as well.

Bounties:
You can do 5 bounties per area once per day, equalling 40 bounties per day. In general you get more experience when battling trainers /taking trainer battle bounties.

Daily Bosses:
After beating the Elite 4, you get access to battling Mewtwo in Cerulean Cave and Ash on Mt. Silver daily. After finishing the Root of evil sidequest, you can battle Root of evil daily as well.

Guide for the Daily Bosses in Kanto

Daily Quests:
- Mushrooms for April:
You can find mushrooms on route 4 to give April and receive 20 exp.
April Guide

- Field Harvest:
You can gather Corn daily in the Vermillion Backroad, to receive 70 exp.
Cornfarm Guide

- Silph Co. :
There is a daily quest in Silph Co. (in Saffron City) to beat Team Rocket members, where you can receive 100 exp.
Silph Co Quest Guide

- Lavender Bell:
Ring the Bell in Lavender Town to get additional 25 exp once per day.

- Catching Fish for Frank:
On the Cerulean Valley Coast, talk to Fishmonger Frank. He’ll ask you to catch a certain amount of fish. Go for the maximum amount, which will give you 150 exp. You don’t have to necessarily catch them, beating them is enough. As a tip, try to party up with players, as to reduce the time to put in.

- Find Muk:
In the Cerulean Valley, interact with Mick. He’ll ask you to find his Muk, hiding around the area. Make sure to check behind trees and pillars, as he might be hidden completely except for some perspectives.
Beat the Muk to receive 100 exp. Then talk to Mick again, to receive another 55 exp.

- Find Johny:
In the Cerulean Lighthouse (part of the Cerulean Valley), talk to Keeper Jim. He’ll ask you to find Johny, who’s hiding in the generator room with his Pikachu.
When you find Johny, he’ll tell you, that his Pikachu gets stronger each day, basically meaning that each time you beat him, the Pikachu’s level will increase.
When beating Johny, you’ll receive 95 exp and after talking to Keeper Jim again, you’ll get an additional 150 exp.

Daily NPC Battles:
There are some daily NPCs you can battle daily, which give a fairly high amount of exp.

Additional exp you can get once:
- Lavender tulips:
In Lavender Town talk to Mrs. Pot. She wants you to count the tulips in the town. To make it easier for you, there are 21 tulips. The quest will give you 50 exp.

- The treasure:
In Cerulean Valley you’ll find a hole close to the swimmers. Bring a Pokemon that knows the move “Dig” to figuratively dig out the treasure. This will reward you with various vitamins and 66 exp.

- Twins in Kanto Safari:
If you enter the Kanto Safari in Fuchsia, talk to Dana, to find her twins Marty and Maurice.
This will reward you with 1000 Pokedollars and 200 exp.

As a sidenote:
In the Kanto Safari, Barny sells repels for a cheaper price.

- Dr. Ash:
Move downwards then east of the Cinnabar Island Gym, to find Officer Speck in front of a Cave. To enter it, you’ll first have to get Dr. Ash’s pass. Move east of the Gym, to reach the top of the Volcano, where you’ll find Dr. Ash. He’ll tell you to get his pass on top of the volcano.
Now you can enter the cave, which has three trainers to battle, giving you 264 exp, as well as 50 exp for finding Dr. Ash.

- Lavender Graveyard:
Enter the Pokemon Tower in Lavender town and move to the top floor. There is a ledge hidden to enter the sewers/graveyard. Interact with all the boxes to get additional exp. There is also a hidden room which gives some more items and has some more boxes. 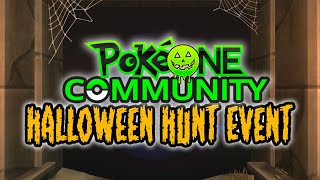