• I can´t run the game? Read the SUPPORT channels. Upgrade video drives/disable antivirus/ whitelist your firewall. From Live-support from players enter #community-support in the Discord server.

• Will there be a wipe? Not likely, only if there are major issues.

• How to use mount: Press the coin on the top right side -> select mount -> press shift to use.

• How to get to the ingame commands: Press /help in the Pokeone chat

• On what gen is P1 based? Game uses gen 7 mechanics and the moveset of Sun and Moon.

• Controller/gamepad: you need to run PokeOne through Steam. Also, you may wish to look at the pin message on #support-client for an easier method. There you can download JoyToKey.

• "Download Aborted" or "can't connect to server":
Make sure to have enough free space on your harddrive. Then whitelist the exe on your firewall and antivirus. Restart your pc and run the exe as an administrator (can be done by right clicking the exe, then selecting "run as admin"). If none of these work, try to install the 32bit version instead of the 64bit version. The fully downloaded game might fix the issue.

• Meaning of Colors: Colors are based on how good total IVS are:

• Which legendaries can be caught? Legies with 600 base stats or more will not be capturable and will only be encountered as a bossfight. At the moment, the legendary birds and dogs can be captured.

• What happiness is needed for Headbutt? Happiness 150+ Kanto and Johto Headbutt-Guide

• What does Synchronize (Sync) do?

Sync is an ability which gives a 52% probability of a wild encounter having the same nature as the sync pokemon. Sync has to be put in first place, but also works when fainted.
Synchronize works with non-static encounters, meaning it doesn't work with Snorlax, Sudoowoo, the legendary pokemon, gifts, headbutt or rock smash. Sync works with fishing and it works with wild encounters.
the ones I listed earlier are the ones where sync has no impact

• Features? XP share/day care/breeding/Lucky egg WON'T be in the game.

• On what gen is P1 based? Game uses gen 7 mechanics and the moveset of Sun and Moon.

• TMs? Search for Tms in unog, if not there, most Tms are drops from bosses/boxes: Unofficial Guide
• Bug catcher Event: On Mondays, Thursdays and Saturdays. The prize for first place- Sun stone

• XP after Evolution: Exp doesn’t change. Movesets of pokemons can ! Check before evolving.

• Which eeveelutions exist? Leafons and glaceon will be added in the future. The others are already included.

• How does the Party System work?/Xp/EV/Trace: You get the same exp in party. But double or triple Evs depending how many in party. Trace works in party. But its to a random pokemon. Not the one facing you.

• How many steps can you take in Safari Zone? 1k steps in Kanto, 2k steps in Johto

• If I faint in battle, what do I lose? You only lose some happiness on pokemons, no loss in pokedollars.

• What will be the next region? Unova will be next, with time more regions will be added.

• How to level trainer after Story: Do daily bosses + bounties so far

• How to learn Headbutt: Headbutt teacher in Ilex forest, certain pokemons with eggmoves.

• I fainted to a capturable legendary: go back, it will still be there to be caught.

Where to find rare Pokemon?


Kanto:
You will get an Eevee in Celadon city on the backside of a building (the one where you get tea from a lady).
Johto:
You get one in Goldenrod city in Bills house, after having spoken to him in Ecruteak city in the pokemon center.

# 4 Where to find Important items

• Coin Case: Note that the Coin Case for Kanto and Johto work seperately
Kanto: The coin case is located in Celadon City, in a restaurant on the right side to the Casino. Speak to the man in the far back corner on the left and he will hand over the Coin Case.

Johto: Can be found in the underground in Goldenrod City.
• Location of Dusk Stone: You can get the dusk stone in the Cerulean cave B1F.

KANTO:
You will find a tree west to Celadon city, close to the area where the snorlax was. Cut it, then follow the path until you reach a house. Go inside, talk the lady and she will give you Fly.
JOHTO:
After beating the gym leader Chuck in Cianwood, you talk to the lady outside the gym. She will give you Fly.

• How to get HM Surf/HM Rock Smash?
Kanto: Hm surf ist found on the west upper left side of the safari zone. If you surf downwards from where you get HM Surf , and then go to right you find a pokeball with gold teeth. You have to bring these to an old man in Fuchsia city, who will give you HM rock smash.

• Where to get the bike:

Kanto: Go to vermillion city (gym 3 city), talk to the man in pokefanclub. He gives you a voucher, which you need to bring to the bikeshop in cerulean city, where you get a free bike.


Johto: Visit the bike shop in Goldenrod city. You will get a bike for free.

• Where to revive Fossils: You can revive them in a lab on cinnabar Islands.
• Where to sell Nuggets etc: Can be sold for 1k in a violet tent in Goldenrod City (Johto) or Lavender Town and Vermillion Pokemon Fanclub.

• How to get old rod?
Kanto: You need to talk to the people in the fishermen-house in Vermillion city, they tell you about an old saying. Look through the bookshelves to find the sayings. Then go to old man Ernest on the outside, who gives you the old rod.

(from Maydayguide)
Johto: Enter the pokemon center at route 32, a man will give you an old rod.

• How to get Leftovers: You get one on route 12 on the left side of the fishermen house in a rock.

• Where to get dragon scales? From Mt mortar or as rare drops from some bosses. For rare drops, see Boss-Guide
• Where to get magmariser: On cinnabar islands on top of the volcano.
• Where to find HM Whirlpool?
Johto: You get whirlpool during the story after completing the rocket base in Mahogany Town.

Kanto: After you beat team rocket on the SS Anne, you will receive HM cut from the captain.
Johto: After finishing the quest at Ilex forest where you need to capture two Farfetchd, you will be given HM cut.

• Where to get super rod: At route 12 in the house with the green roof towards the south 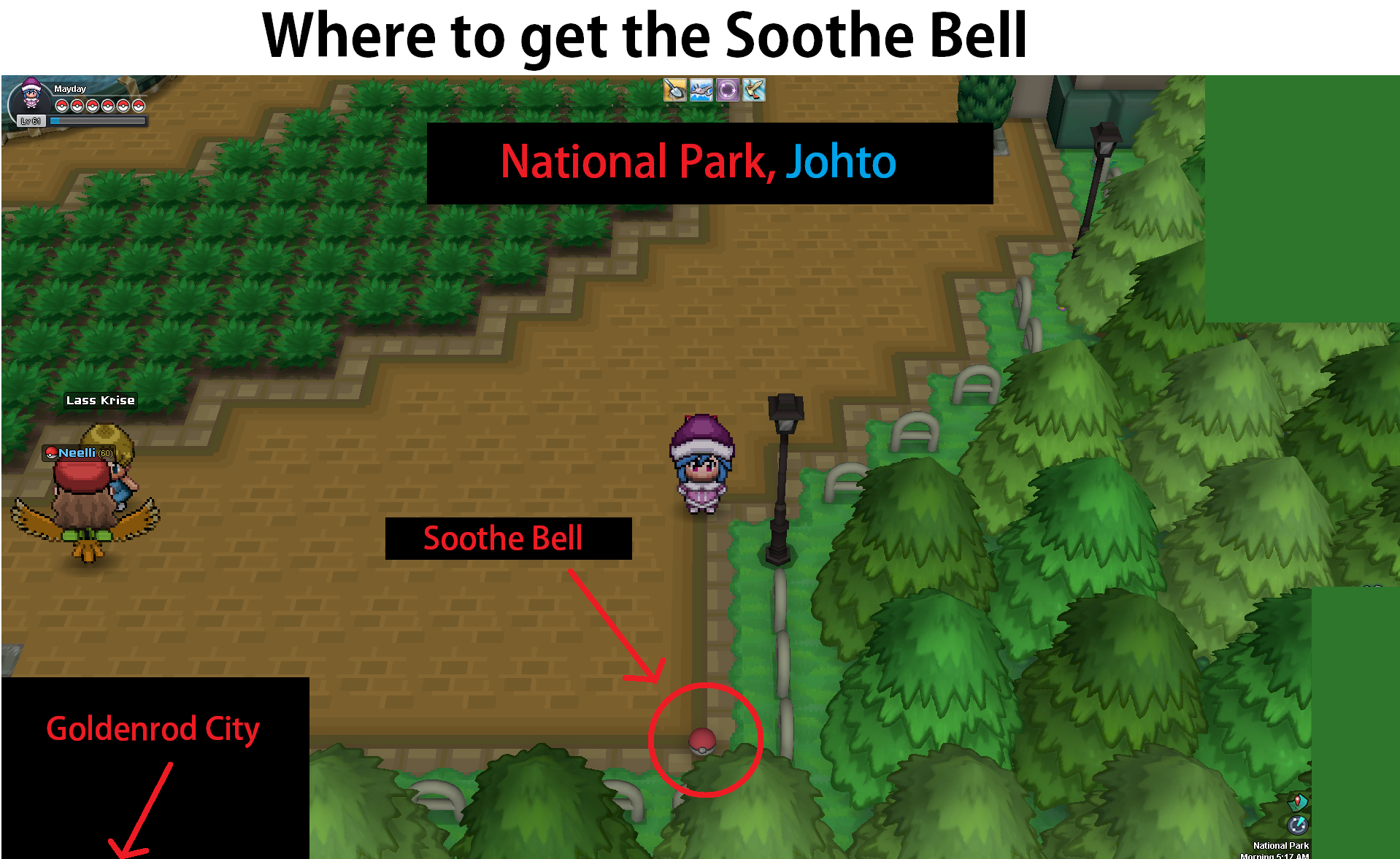 • Reaper Cloth:
You can get it as an overworld item south of Mt. Silver, south of the Pokemon Center.
# 5 Where to find certain NPCs

Where to find certain NPCs?

Johto: The NPC is located in Blackthorn city in the house west of the poke market.

Kanto: The NPC is located in Fuchsia city next to pokemon center.

# 6 How to get to a certain location?

How to get to a certain location?

• Where to find tea for the officer: In Celadon city from a lady inside the building, where you get Eevee on the backside.

• Where to find the kimono girls: Talk to Miki the kimono lady in the dance theater, she will tell you where the remaining girls are. She is located in ecruteak city.


(made by Lucurryo)
# 8 Helpful Websites 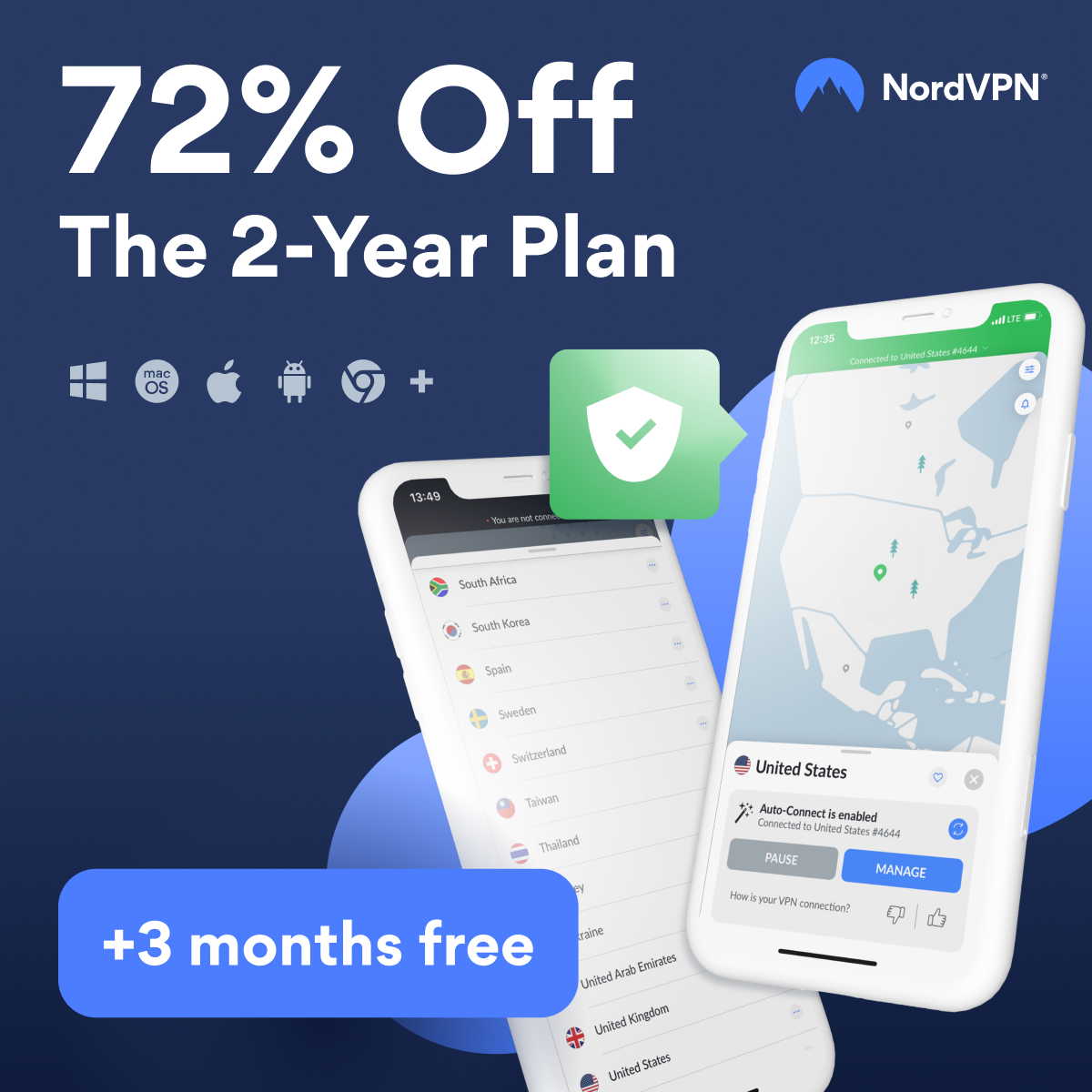 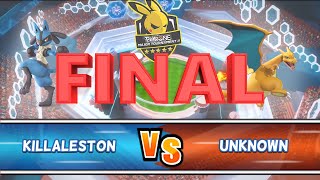