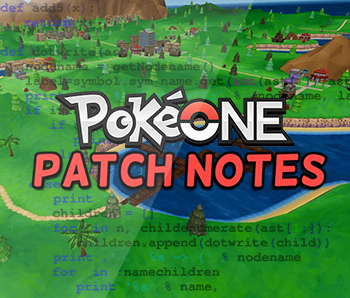 We've got some great news again for you. The Unova Pokémon can now be used in the PvP Ladder! There have also been some rule changes. The Rare+ Buff will now increase the Egg drop chances on all Unova Egg's. Furthermore, 2 new small quest lines have been released in Kanto and Johto in the last weeks.

First of all, let's take a look at what has changed in the PvP ladder. From now on the Damp Rock

usable in the ladder. Also the top 10 PvP reward in the 1vs1 ladder has been swapped from Mew

and in the 2vs2 ladder you now get Mew

instead of just a Mount as a reward.
Complete PvP update


New Questlines in Kanto and Johto

In Kanto we have got a new quest line the "Root of Evil". It contains 4 new daily quests and a quest line for the new area. On the new map 7 new Pokemon have been added that need to be caught. You will find the new area north of Route 10, where you just have to surf to the top. It takes about 2 hours to play through.

Also Johto has got a new quest line the "Pirate Questline". On Route 32 in the very southeast you can find the quest. When you finish the quest line, you'll get access to Mystery Island, where you'll find 3 new Pokémon. Have fun with them.

Quest was added in Johto, which you can find in the Ilex Forest. To complete the quest you must be champion of all 3 regions. If you are lucky and get Celebi as an egg drop you can pick up Zorua

in Castelia City, one time. 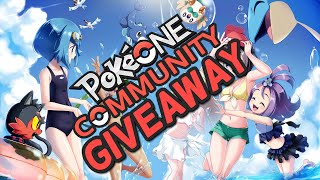 Tiagow:
vanush: no jogo diz q meu user nao existe???
yulle: nao consigo entrar no jogo
OgarShargath: also problems with code
Siver: contact a dev in discord
TheKoi: delete acc
Scourgy: No confirmation Email for me either
Slyther: And i cant log in
Slyther: I didnt received any mails too
GPKhang: Why I cant get to unova region